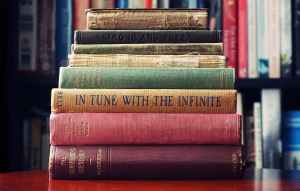 This is the first of a series of catch-up posts with short reviews of books that I’ve read over the past couple of months but haven’t been able to get round to writing about in any great detail. It’s not meant to imply that the books are any less worthy than those that get a post to themselves, just that I tend to read faster than I can blog about and it seems better to provide a brief comment than nothing at all.

This is the second in a new series by Staincliffe featuring DI Donna Bell and DC Jade Bradshaw both of whom work for the police in Manchester. I haven’t read the first novel, but it is fairly easy to pick up the fact that Bell is not only senior to but considerably older than Bradshaw, is married to a man who at the moment is unable to work and is therefore supporting both him and their five children. Jade, on the other hand, appears to be in her twenties and has come through the care system, an experience that has left her with considerable mental health issues of her own. Donna at one point comments Jade wasn’t wired like most people, the empathy gene missing or disabled, not perhaps a character trait you look for first when recruiting people to the police force.

The case that the novel is built around concerns the discovery of the body of a newborn baby in a waste bin by the homeless Collette Pritchard. Initially an appeal is put out to try to find the baby’s mother, for whose health there is considerable concern. However, when several days have gone by without any success and, given the fact that the post-mortem indicates the child was suffocated, Bell comes under pressure from her Chief Constable to turn the case into a murder enquiry. Certainly, house-to-house questioning conducted in the street where the baby was discovered throws up some interesting and suspicious characters, several of whom clearly have something to hide.

This is the first Staincliffe novel that I’ve actually finished. I have picked up her books in the past, but not really got on with her style of writing. However, this was highly recommended by somebody whose opinions I value and so I thought I would try her again. Unfortunately, I really didn’t get on any better with her style this time and, while it’s inevitable that a police procedural series will focus to some extent on the lives of the officers concerned, I thought that this actually became too central and the crime merely a device on which to hang the story of Bell and Bradshaw’s personal experiences. I’m sorry, but I won’t be going back for any further episodes.

With thanks to Little, Brown Book Group UK and NetGalley for the review copy.

When Jess Walker attempts to narrow down the books she might use for her dissertation on Agatha Christie, her charismatic tutor, Lorna Clay, suggests that she adds to her selection of The Murder of Roger Ackroyd and Absent in the Spring not another novel, but Christie’s autobiography. What is it that these three books all have in common? It is the fact that the conduit between the content and the reader is an unreliable narrator. In a novel where the telling of stories features heavily, be they the texts studied in class or the tall stories of the Tuesday Club, unreliable narrators abound and both the characters concerned and the reader have really to be on their toes in order to work out who can be believed and who is spinning a tale.

Jess has gone to what is clearly (although never actually so identified) UEA specifically because of her desire to work with Lorna Clay. Once there she becomes part of a foursome with the beautiful Georgie, the faithful Nick and the older and mysterious Alec. Alec, coming from a controversial journalistic background in South Africa, is not afraid of challenging anyone and, despite the fact that he is ‘officially’ Georgia’s boyfriend, Jess is soon captivated by him. But, there is a mystery about his past just as there is about Lorna, her time at Cambridge and her sudden recent change of job. In a novel which at times has telling overtones of Donna Tartt’s The Secret History, Jess finds herself caught up in an ongoing series of events the extent of which she only gradually begins to understand. As she, along with the reader, starts to unpick the truth beneath the stories she has been told, a second Christie trope begins to emerge, namely the question of whether or not it is ever acceptable to kill an individual in order to save the lives of the many.

I am a sucker for a campus novel, even more so when is it clearly set on a campus I happened to know. At the point where Georgie is quoted as having said these mattresses are like lying on sacks of Jerusalem artichokes, my immediate thought was, you have mattresses? The last time I slept in student accommodation there it was on a one inch sheet of foam; except I slept on the floor because it was more comfortable. When you add into the mix a well written first novel built around the ideas prevalent in Agatha Christie‘s work then for me you have a winner. I very much enjoyed this book and I’d recommend it to anybody who has fond memories of either the Tartt novel or of Christine’s output. Kate Weinberg has gone straight on to my list of authors whose books I automatically add to the tbr pile.

With thanks to Bloomsbury Publishing and NetGalley for the review copy.